Contract Mill’s unique 100% visual automation technology allows everyone to digitize and scale their businesses, bringing possibilities to expand the use of automation from internal use also to client-facing services.

Helsinki, Finland (June 17th, 2021) Finnish startup Contract Mill has announced the successful closure of a funding round of over €1M. The round was co-led by Swiss investment company Actium AG and Veenay Shah, founder of HighQ, together with multiple distinguished international investors from the UK and Sweden. The funding will be used to further expand its operations in the UK and Europe, and prepare for further growth in addition to the 15 markets where Contract Mill is already deployed.

Contract Mill is a no-code document automation SaaS platform that is the first in the world to have a 100% visual automation interface. This next-generation SaaS makes the automation of even complex documents fast and easy, compared to traditional software that requires significant IT resources, time, and money to deploy.

Until now, powerful document automation software has been accessible only for a few – Contract Mill’s software is not only suited for all companies about to start their automation journey, but it also finally brings a real alternative for change for companies with existing incumbent solutions in use.

“As lawyers, we saw a huge underserved market – law firms and companies who needed document automation but who are not capable or willing anymore to take on the total cost of automation that is inherent in the complex incumbent systems,” says Kaisa Kromhof, founder and CEO of Contract Mill.

“We discovered that the market was missing a modern, state-of-the-art product that would combine true ease of use with powerful logic. So we decided to build such a product that we would love to use ourselves – high tech yet beautifully designed, self-explanatory to use, fun to work with, and accessible for everyone.”

Once a document template has been automated, users can generate new custom documents in minutes by answering a dynamic list of questions. Generated documents can be made in one or more languages, and they can form a total suite of many documents that are generated in one go instead of an inefficient and error-prone manual process.

“When used by in-house legal teams, business people are empowered to do more themselves when it comes to legal documents, still being fully compliant, and in accordance with their company’s policies. Instead of high costs and the risk of failing to implement heavy contract lifecycle management (CLM) systems, in-house legal teams can cherry-pick the best parts like Contract Mill, and combine it to their existing systems with our extensive APIs and growing number of direct integrations,” says Kromhof.

Like many traditional industries, the law sector needs to grow with technology. Contract Mill makes it possible for law firms to digitize and scale their service delivery, as purely selling their own time does not scale indefinitely. Additionally, millennials entering the workforce are ready to embrace new, more efficient ways of working that disrupt how things have been traditionally done.

“As corporate and transaction lawyers, we experience the increasing need to streamline the legal documentation processes on a daily basis. We are convinced that legal tech will eventually transform the legal industry, even though it has traditionally been slow to change. To achieve such a big transformation, a product must be not only technologically advanced but also easy and intuitive to use. We believe Contract Mill checks both those boxes,” says Till Spillmann, Partner and Chairman of Actium AG.

As founder of HighQ, which was acquired by Thomson Reuters, Veenay Shah has personal experience in building businesses.

“It takes a lot of grit and vision to create a successful legal technology company and I think Contract Mill has those both, in addition to an extraordinarily strong team that also happens to be led by a female founder. I want to help them with my experience and support to take Contract Mill to the next level and beyond”.

“As part of our Legalbuddy online service, our clients can be granted access to predefined automated documents 24/7. This brings the client relationships beyond the mere provision of services paid by the hour and allows for the scalability of our business model by generating predictable and recurring subscription revenues,” says Ulf Linden, Founder of LegalWorks, Sweden, and customer of Contract Mill.

Established in 2016, Contract Mill has offices in Helsinki and London. Its customers include a growing number of large international companies such as Bird&Bird, Solita, and TietoEvry, and a variety of businesses around the world like AdvisMe, Ijos Rechtsanwälte, and MK Law. Contract Mill has also been recently chosen by the leading Bay Area tech law firm Wilson Sonsini to be the partner for their Build-A-Bot summer program, a widely recognized achievement that shows the potential of Contract Mill to become a leading solution in the document automation field. 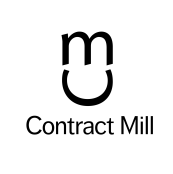 Founded in 2016 in Helsinki, Finland, Contract Mill is a “next-generation” document automation SaaS that has a 100% visual, no-code automation interface as the first company in the world. Ease of use, powerful logic, and

innovative features help companies anywhere in the world to digitize their business processes, become more efficient and scalable in their service offering. Customers of Contract Mill include large international companies such as Bird&Bird, Solita, and TietoEVRY.